What’s in a Surname? 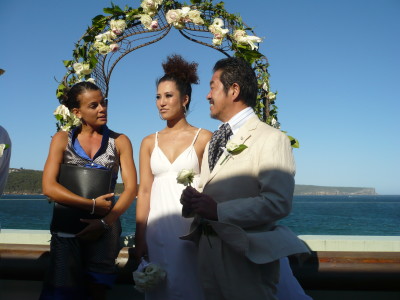 The news that Queen Elizabeth’s eldest granddaughter; Princess Anne’s only daughter marrying her long term rugby love was splashed across a few headlines over the weekend. I’ve always had a particular fascination with the dynamics of the royal family. Despite Anne being the eldest child of the monarch, she will never reign as her 3 younger brothers take precedence over her. Under Common Law in Great Britain, the crown is passed on by male preference primogeniture.

When her children were born, the strong and forthright Anne decided not to bestow any role titles on them so that they could have a normal upbringing. It appears that Zara has chosen to keep her surname but Im still wondering why this is such a big deal. Its 2011. Is her surname anybody’s business?

An article I read by Joana Moorhead who described Zara’s decision as a message about identity particularly fascinated me. She writes “it’s about individuality, and it’s about equality in marriage. What she’s saying is that, in marrying Mike Tindall, she’s not giving up the person she herself is. She has no intention of becoming her husband’s “other half”; she isn’t going to be subsumed into his persona and become “Mrs Tindall”.

This quote bothers me a little as it assumes every single woman that has ever changed her surname upon marrying, did so in an act of submission. It doesn’t consider that in this day and age, it’s about personal choice. In many cases it’s about the perspective of a fresh start, thus the choice to adopt a new name. In other cases, it’s about never having a connection with the family name you carry in the first place, so for many women what would be the point in keeping it?

Moorhead then went on to say “Because keeping your own name is a strong statement; it signifies a firm choice about who you are, and who you are going to be”. I have news for you Ms Moorhead. Changing your surname does exactly the same thing! A friend of mine that came from a broken family where she and her 2 siblings had 3 different surnames was determined to be part of a family unit that had the same last name. For her, the obvious choice was her husbands surname as he had such a strong connection to his family who had in turn embraced her so lovingly.