The guest you DON’T want to invite 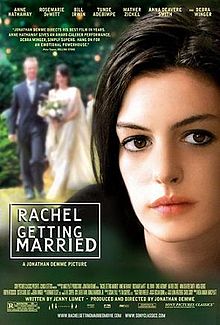 Have you ever seen the movie ‘Rachel’s Getting Married’? It begins with a father travelling to a rehab centre to pick up his former addicted daughter in order to take her home just in time for her sister’s wedding.

Except that most of the guests, as well as her engaged sister, are not exactly overjoyed to see their freshly released relative.

One of the key issues that arises immediately is the idea of compromise. Rachel who is getting married doesn’t necessarily want her sister in the bridal party, but is happy to compromise.

Her newly reformed sister however insists that she will not only be a bridesmaid, but will replace Rachel’s best friend as the maid of honour.

If that little introduction doesn’t pique your interest, nothing else will and I’ll save the rehashing of the movie for a more qualified critic.

Instead, let’s talk about the guest you DON”T want to invite – but feel obliged to. A few years ago, a beautiful bride I married made the very difficult decision not to invite her sister.

Her decision was very carefully considered and then discussed with both her fiancé and her parents. Her intentions were clear, and so were her boundaries and after much discussion, she found that her choice was also supported by everyone else.

I asked her about it at the time, and she said, “My decision was based around a simple acceptance of who my sister is. As a result, I have no expectation for her to be any other way and this eliminates any predisposition to be annoyed or disappointed with her.

While I try to be conscious of my own behavior when I’m around her, it’s also important for me to honour my needs in different environments -especially my wedding day.

Our wedding day was intimate and low key and I was also clear about not wanting to run around to make sure she wasn’t blind drunk and belligerent before the ceremony ended”.

“I seriously considered excluding my narcissistic mum from my big day with Darren and we discussed the pros and cons at length.

In the end, I decided to ask my extended family for help in ‘managing’ her on the day. They were more than happy to oblige and actually went out of their way to make sure I wasn’t exposed to some of the outbursts that did occur.

I’m eternally grateful to them not only for their love and support on my wedding day, but for the fact that I won’t have to live with my mother going on about how she never got invited to my wedding for the next 20 years.” 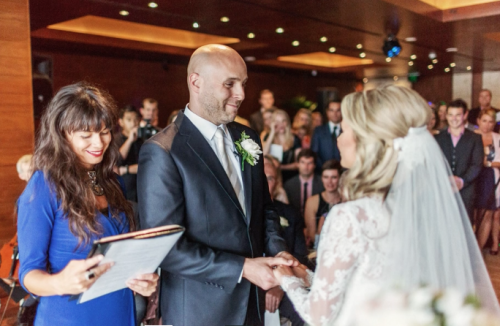 This is a tricky concept because when we ask someone to make a choice between what we want and what they want, probability states there’s a 50% chance that things won’t go our way.

Ultimately, Abbie did what she wanted in the end, and left the decision of attending her wedding entirely up to her parents. In my opinion, this worked so well for her because she genuinely detached from the outcome. Whether her parents attended or not, Abbie was still going to have an amazing wedding day.

Are you seriously considering whether or not someone close to you will get invited? I’d love to hear your story.